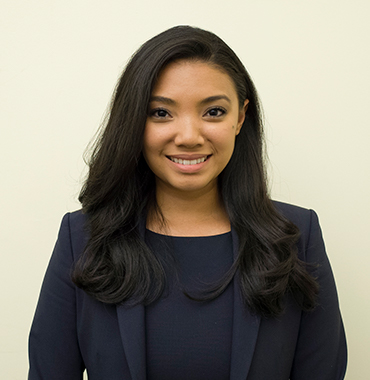 Raizza Cui was born in the Phillipines and immigrated to the United States at age seven. She earned her Bachelor's Degree in Political Science from Rutger's University, New Brunswick, in 2014.

As a student at Rutger's Law School, Ms. Cui completed a federal justice internship in the Chambers of the Honorable Rosemary Gambardella, United States Bankruptcy Judge for the District of New Jersey. After graduating from Rutgers Law with a Juris Doctorate in 2017, Ms. Cui completed a judicial clerkship in the chambers of the Honorable Keith A. Bachmann, J.S.C., of the Superior Court of New Jersey, Bergen County. Ms. Cui is a member of the New York Bar Association and Turnaround Management Association.